Haven't we all, even for the briefest of moments, wanted to escape our reality and venture forth into such a beautiful and magical world such as Vincent Van Gogh's The Starry Night painting? It's one thing to experience the painting, but becoming the artist himself and understanding how difficult it must have been to be stuck in an asylum and still create something so beautiful based on his memory and what he could see from his window, would be very interesting. Creating an interface that reimagines how people interact with immersive 360-degree video using Google Cardboard, I hope to give the user the experience of being Van Gogh trapped in his room while he created The Starry Night from within his mind. 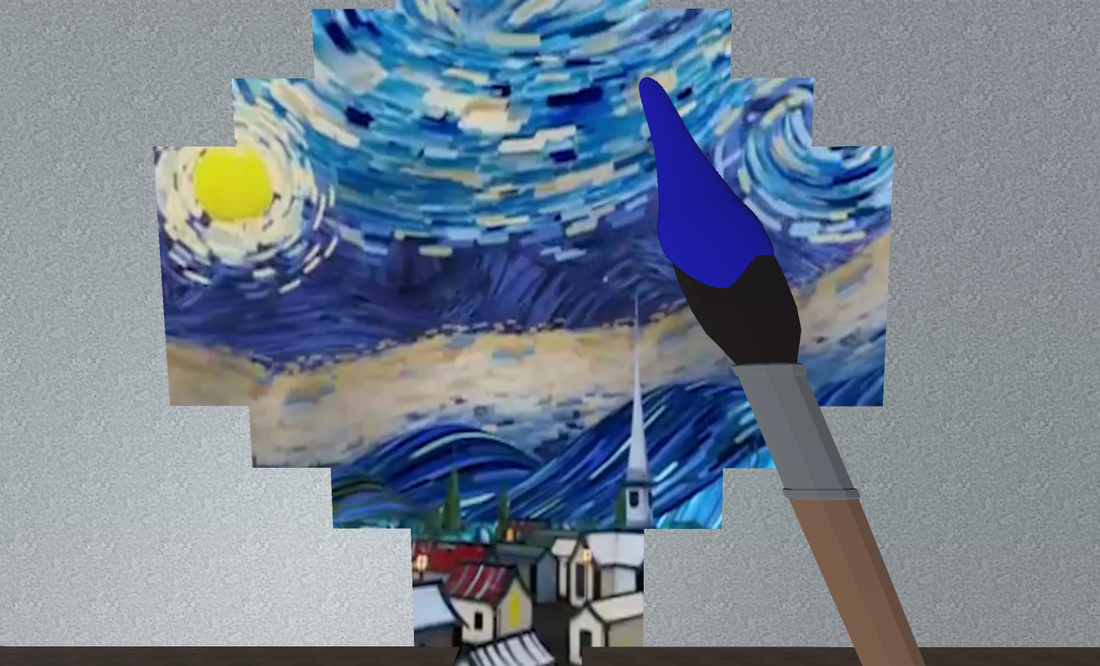 Once the bars have been removed, the user can then start to paint away the walls in order to see past them. Once the user has painted away the room, they can experience the painting in 360 degrees as Van Gogh must have envisioned it in his mind. ​
Things I learnt while completing this project:
1. Unity modeling and scripting
2. Blender modeling (making a paintbrush model)
3. 360 Video editing and importing into unity
4. Video Editing with Adobe Premier Pro

My concept sketches were based mainly on interactions the user could have with the 360 degree video. Interactions such as using head movements, or external properties that could affect how the user would experience the video. I wanted to develop a lot of unique ideas on interactions that could be applied to a broad spectrum of 360 degree videos. Many of the sketches I came up with did not have a clear story that I could work with right away. But with some minor adjustments, the sketches could be used to fit many different stories. 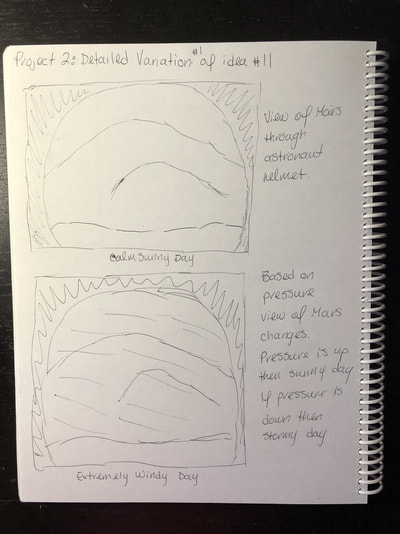 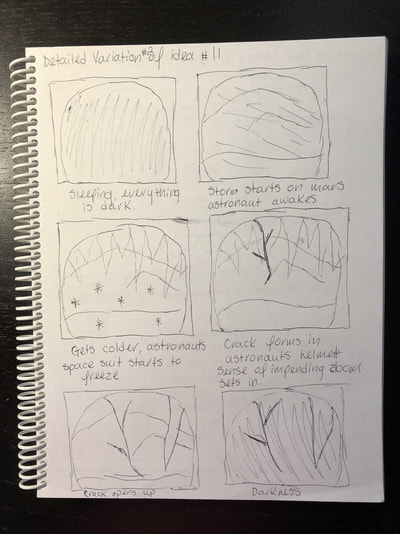 I started this project creating detailed variations for a completely different idea. The idea was that I used barometric pressure in order to have the user experience what the weather would be like on other planets. As the story for these sketches evolved, I looked for 360 degree videos relating to my idea, but I could not find a 360 video suitable for it. I found one video of a space walk on the International Space Station, but I was unsure of how to reimagine my idea with it. Therefore, I abandoned that idea and changed directions. 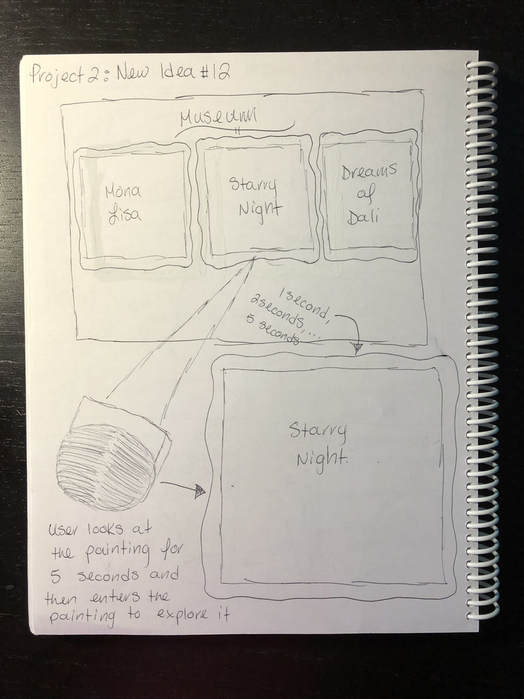 Idea #12: User experiences multiple paintings by stepping inside them
Looking for inspiration, I began looking at different types of 360 degree videos. I came across some 360 degree videos of paintings and ended up coming up with an additional concept sketch based on a museum with multiple paintings. The user would look at a painting for 5 seconds and then enter that world that would look like the painting selected. ​

From the above concept sketch, I was able to create many detailed sketches revolving around Vincent Van Gogh's painting called The Starry Night. I based my sketches on the story of Van Gogh and his time in an asylum in Saint Remy, where he created the painting. I also used some of the interaction features I came up with in my concept sketches, in order to reimagine how the user could interact with the 360 degree video.

For my refinement sketches,  I looked at different ways to represent the paintbrush, the windows and the room.  Based on these sketches, I implemented the ideas that created the look and feel that I wanted the user to experience.

To access the source code, click on Source Code and download the CPSC581Project2.zip file.
After downloading, please read the README_SOURCECODE file for instructions on viewing the source code.

Credits for this Project